As you’ve probably heard by now, we’ve put together a couple of challenges to help keep you motivated and moving for the next few weeks and probably months. We’ll keep updating this page as we go along so you have a one stop shop for all your Tour de Boston and Tour de Southern NH info

Boston: On a snow day

Pardon the delay as we had a snow day today. Yes in May. This week’s segment is an under rated gem in Southern NH. It’s shorter cousin, to the turn off gets a lot more traffic, but then you miss the exceptional views coming down from the dead end at Jeremy Hill. The segment ends in a dead end, so keep riding until you can’t then turn around and enjoy your hard work.

The route continues onward to the top of Bush Hill, which has an actual switchback on the final pitch and another great view. This is my favorite “local road” and it’s not really close. The route itself starts at the now deserted Rockingham Mall. Normally I wouldn’t suggest going near this place, but after a ride by the other day, I’m wondering if it’s even open. Park by Lord and Taylor on the back side and you’ll be on the route.

This week includes a lot of “home cooking” and some of my favorite roads including Poplar Hill, Bush Hill, Robinson to Griffin and a crazy neighborhood of cul-de-sacs (download the route, or you might end up lost forever in there). The last few miles is a nice bike path cruise on the lesser used Salem section, but can be avoided by going by Canobie Lake down N Policy. That road is a total grab bag in terms of traffic so a route around is the best case. If your car tolerance is high, it’s probably okay.

The weather is finally going to be good both days this weekend! To celebrate we’re going toward the coast, but not too close because I’m sure 1A through Rye will be mobbed.

This week’s segment is a classic from the Exeter Cycles Wednesday ride, the WisWall! If you’ve done the ride between mid May and mid August, you’ve probably found yourself hanging on for dear life going up the wall and hoping you were only doing one lap

This week’s routes borrow heavily from the Exeter Wednesday Night roads. We have a short route of 26 miles and a longer route of 36 miles, both leaving from the Exeter bandstand. The long route includes Durham Point which might be busy this weekend because it’s a fantastic road.

Week three in NH means it’s giveaway time! In addition to riding this week’s segment, we’re upping the ask and looking for a photo at or around the Wason Pond Bridge, which is in Chester, NH and about a mile (as the crow flies) from the end of the Wells Village Rd segment. See the Giveaway link above and be sure to use a post and the correct hashtag, #TourdeSouthernNH otherwise we wont be able to find your entry. 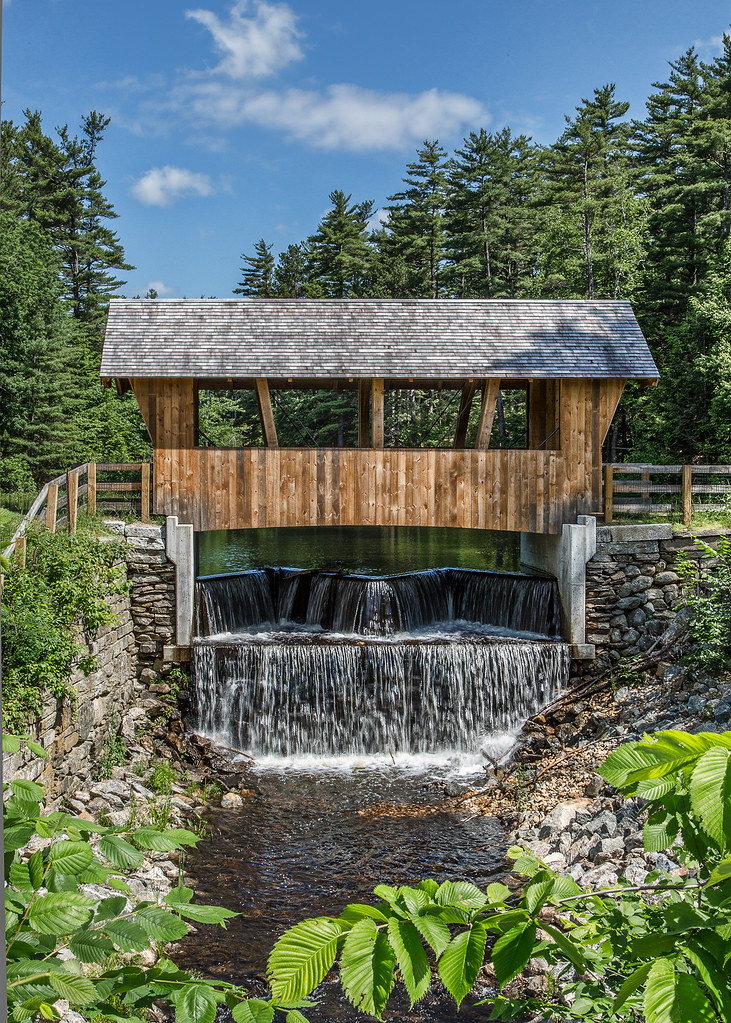 We’ve put together two routes, starting at the Chester schools. One is 22 miles, the other is 40; Chester Loop short and Chester Loop long. Both routes include some gravel on Lane Rd in Chester and both include a team favorite; Sandown/Fremont Rd. If you follow the route be sure to check the logs in the pond for baby turtles sunning themselves. It’s the big pond just after you pass Odell Rd. The long route takes you further into Fremont and on to Brentwood before coming back to meet up with the shorter route. Pretty much every road in Chester, Fremont and Brentwood that isn’t a numbered route (111, 125, 121, 107) is fantastic or at least an adventure route. If you were going to go off route and get lost, this is the area to do it.

Since this weekend was supposed to be Rasputitsa, we’ve put together a couple of suggested routes, which borrow heavily from the Raid Rockingham course. There the Gravel Route and Road Route that are very similar and both leave from Epping High School. Don’t let the names fool you, both routes have a lot of gravel. It’s nicely graded, people live on them and I’ve ridden them on 25c slicks just fine. The difference is Woodman Rd, which is not road bike friendly.

Last weekend it was barely gravel bike friendly. It’s exceptionally wet right now and Saturday’s forecast will only mean more water. The run around on pavement is short (about a mile) and mostly downhill.

The High Road segment is at the very end of the route.

This is week 2 for Southern NH and we’ve made a big announcement for next week so be sure to check that out.

A remote and rolling segment, this segment feels a lot more down hill than up. The big descents give way to a nice flat stretch along Glen Lake into Goffstown. There are two T intersections, go left and make the following right after each left turn. Sending the segment to your computer would be the best plan. The end of Tirrell Hill Rd (mile 4.5 of the segment) is a ripping, twisty downhill. Please use caution as there’s a stop sign at the bottom of it, note the arrows on the map.

Here’s a route to help you, it starts at the Hooksett park and ride and takes you down into New Boston and back up. The segment is right at the beginning of the route. If you want to cut the distance down, there’s an obvious cut off in Goffstown, just go straight at the end of the segment and go right on Gorham Pond. Shout out to the local info from Tim Hey who noted Bog Rd is rough in places, but otherwise the rest of the roads are good. If you’re riding from anywhere that’s not east, just pick up the loop and follow it clockwise. Coming from the East is a bit tricky, the approaches to Hackett Hill are not ideal. From Manchester, Front St isn’t long, but can be busy at times. From Hooksett, the run down 3A is also not the best. Between the two, I prefer Front St from Manchester. There’s a decent enough shoulder.

View all posts by Mike M